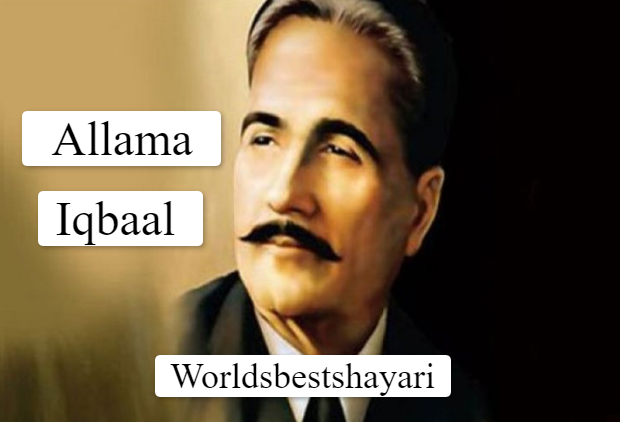 Allama Iqbal was a highly educated poet — M.A. in Philosophy, Ph.D. from Germany, Bar-at-Law, and a recipient of several honors including an honorary D. Litt. from Allahabad University.

An expert in Urdu, Persian, and Arabic, he had shown evidence of his poetic talent even at school.


Though he sought poetic advice from Mirza Dagh Dehlvi, Iqbal was an instinctive poet, instinctive and inspired, especially interested in patriotic, philosophic, humanistic, and Islamic subjects.

He is an eloquent champion of self-hood, and a singer of the greatness of man.

An inheritor of the tradition of Ghalib in poetry, Iqbal is, however, unlike Ghalib, more impressive as a writer of the nazm rather than of the ghazal. He is perhaps the most quotable poet of Urdu after Ghalib.

have become imperishable parts of our cultural heritage. In his later poetry, Iqbal projects himself as a ‘voice of the East,’ and a crusader for Islam.

He was the first to propound the idea of a separate Muslim state in India.

Most of the poems presented in this anth0109′ have been drawn from Baang-e-Dara.


You Can Also Read About :